This week has been packed with good things. The biggest thing without a doubt is the World Union for Progressive Judaism's conference in Jerusalem- CONNECTIONS. We have over 450 Progressive Jews from all over the world. It is lovely seeing familiar faces and friends; hearing the shnattim so excited about seeing community leaders and members; feeling that we are part of something bigger. 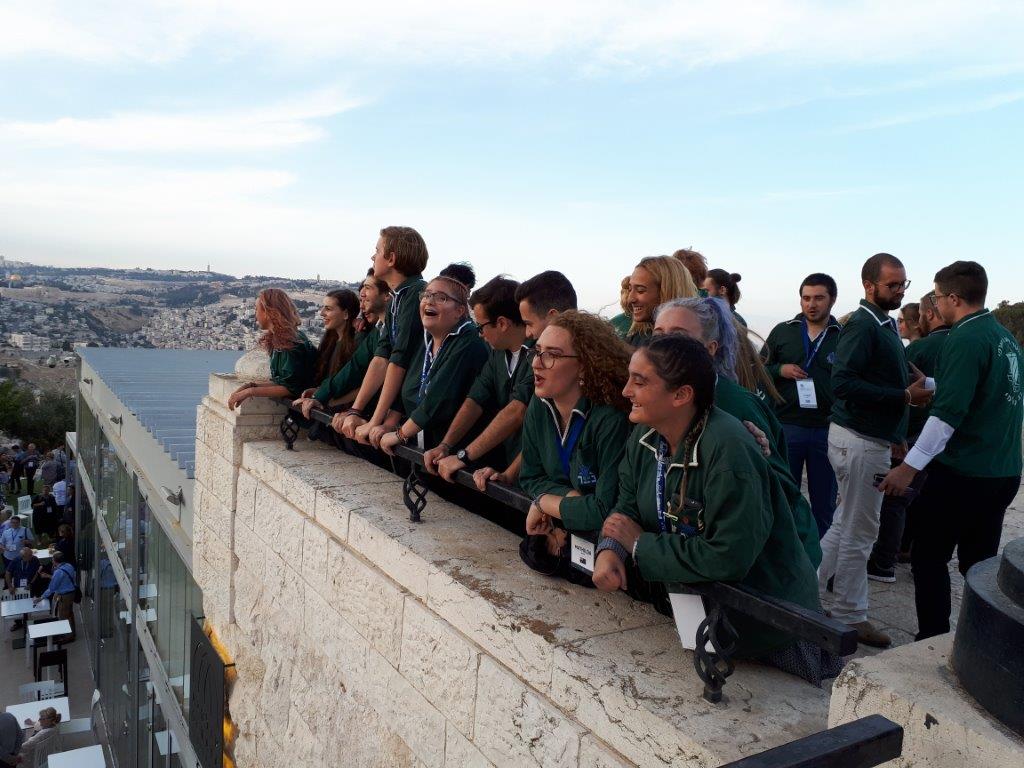 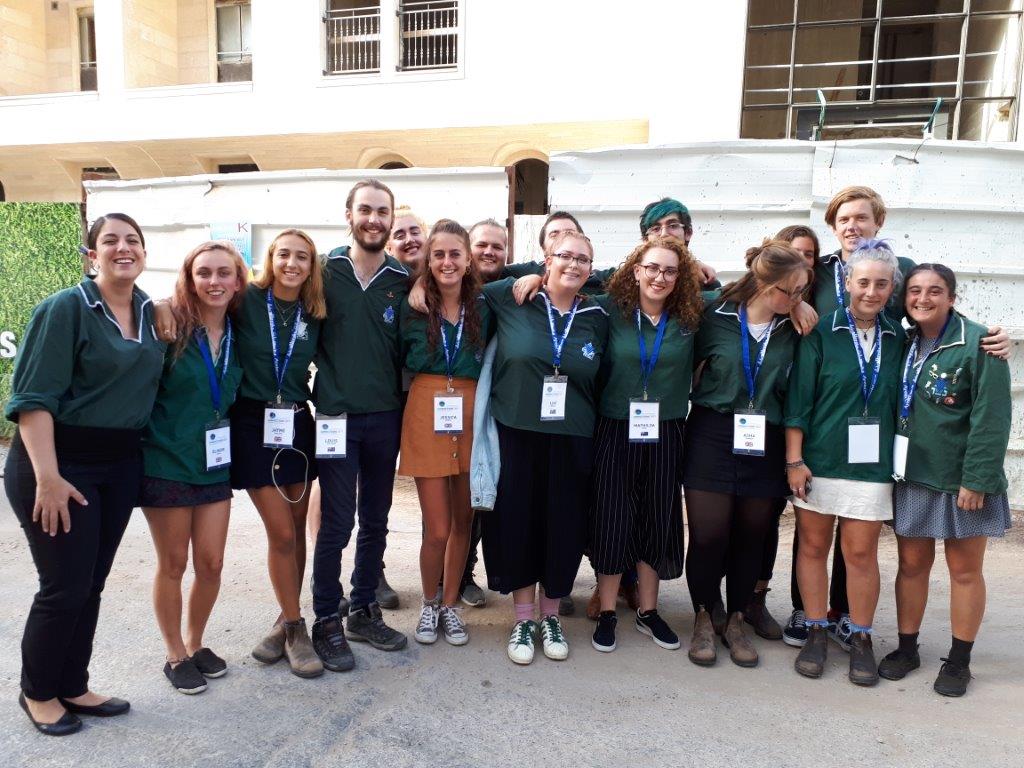 The shnattim are here with us, participating in sessions, and will also lead a session today, a tour tomorrow and will wrap up CONNECTIONS running Havdallah tomorrow night. I feel very proud and honored that we are such an integral part of CONNECTIONS (we certainly bring the age average down) , as we are the future. We just are.

More about CONNECTIONS on our next newsletter!!

Wishing you all a restful Shabbat!

Following our tiyul down south to the Sde Boker area, there was a quiet weekend on the machon campus. Only a small handful remained, leaving an excellent time to just rest and prepare for the week to come. For me, this is quite an exciting week, as it is my first full week of machon classes, having only joined my Netzer family a month ago following the pesach break.

On Monday afternoon, Machon and Etgar went together to the Jaffa end of the Tel Aviv beach. We spent a couple of hours relaxing, playing soccer on the sand, swimming and dancing to some music. Following this we had a short but lovely ma'amad accompanied by the setting sun. We then proceeded to have dinner at Dr Shakshuka before returning to Jerusalem. 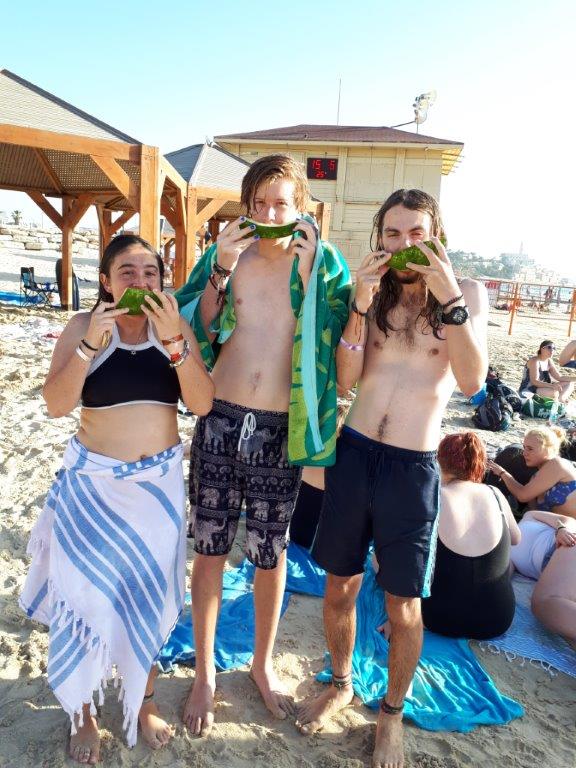 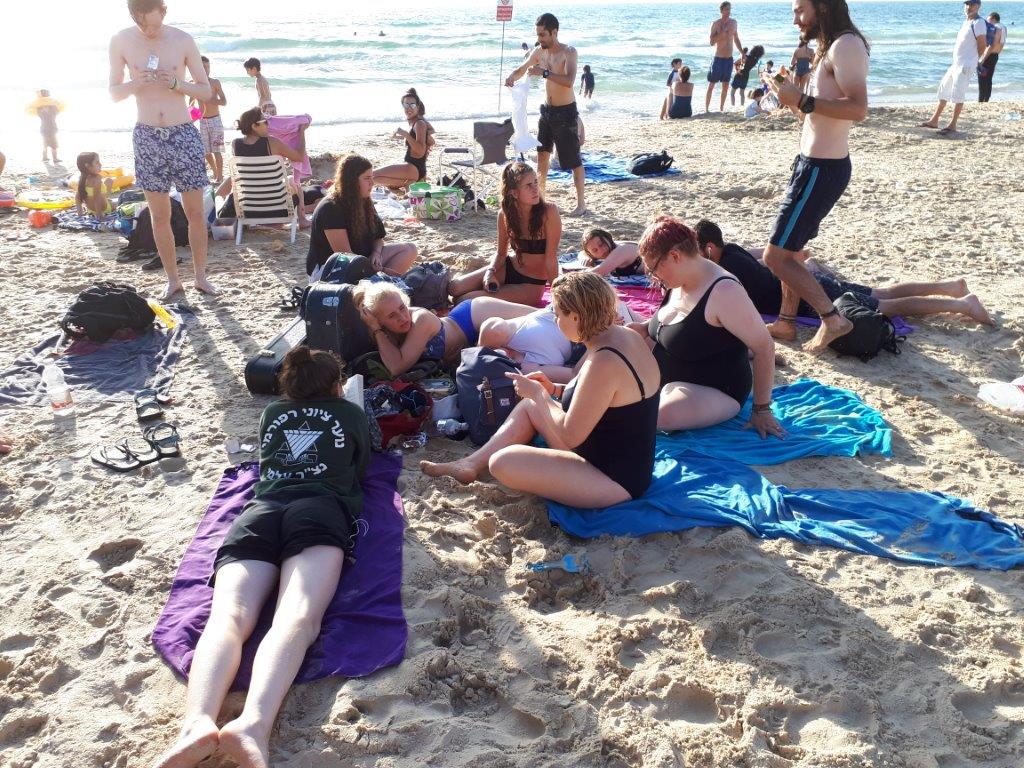 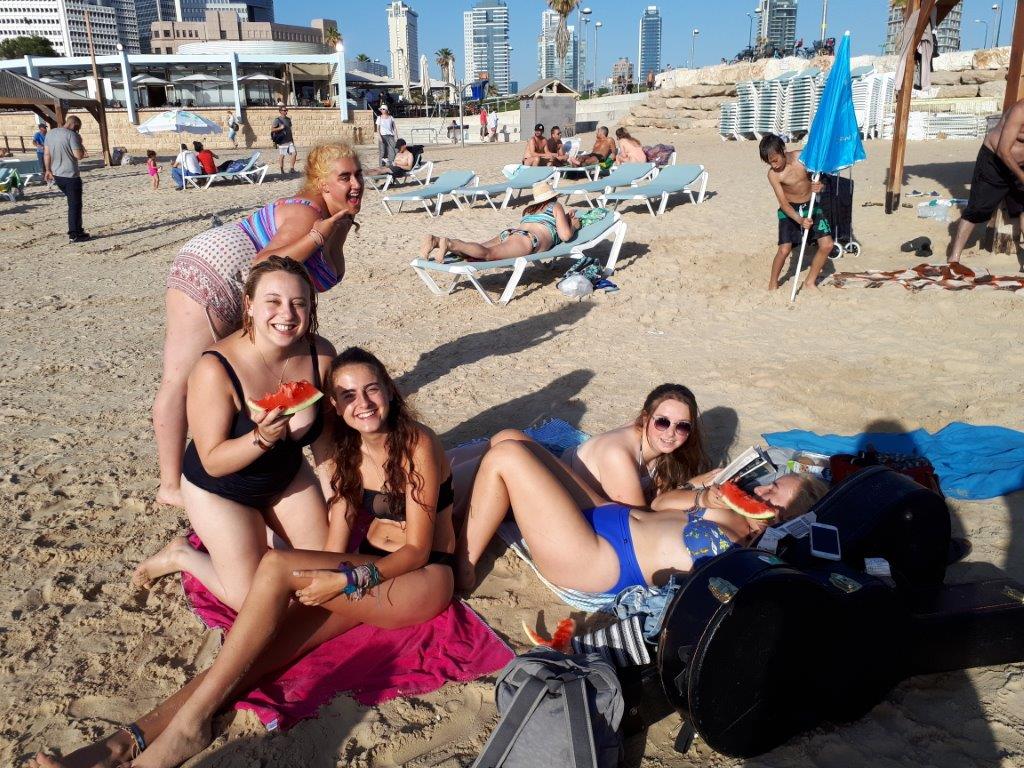 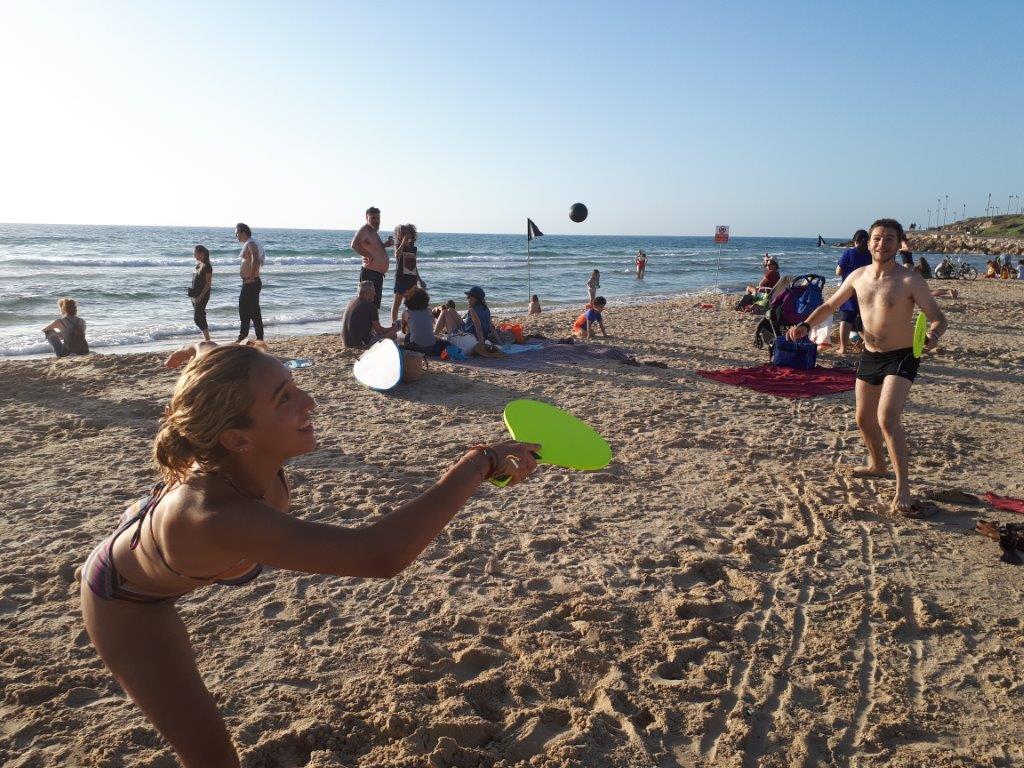 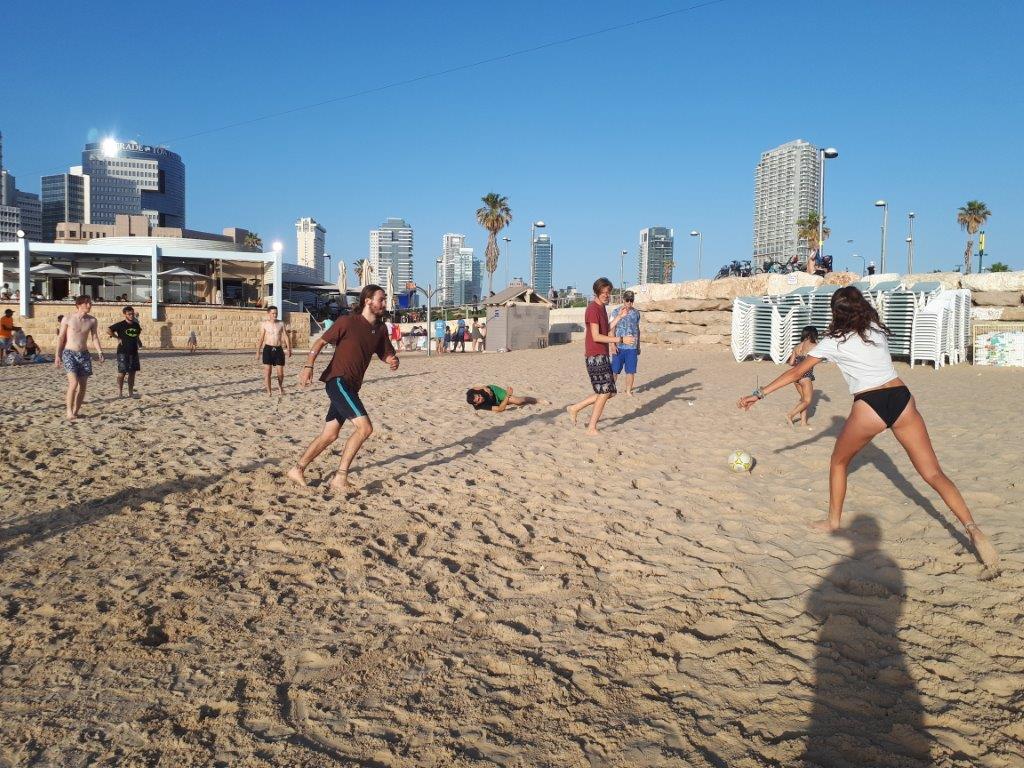 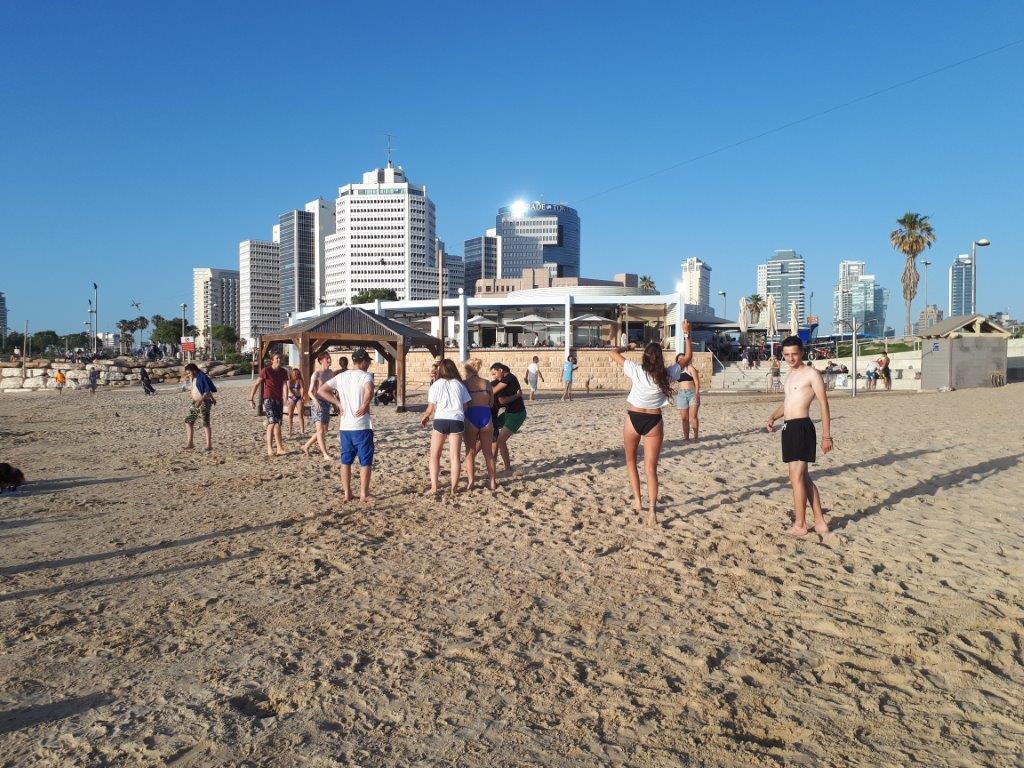 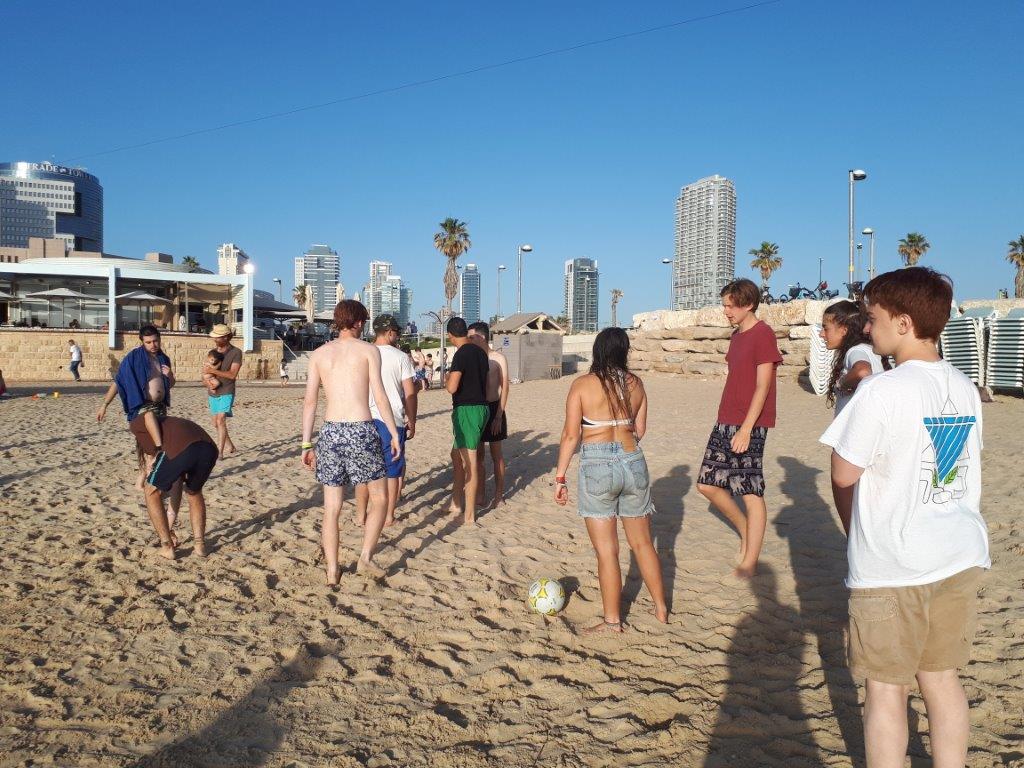 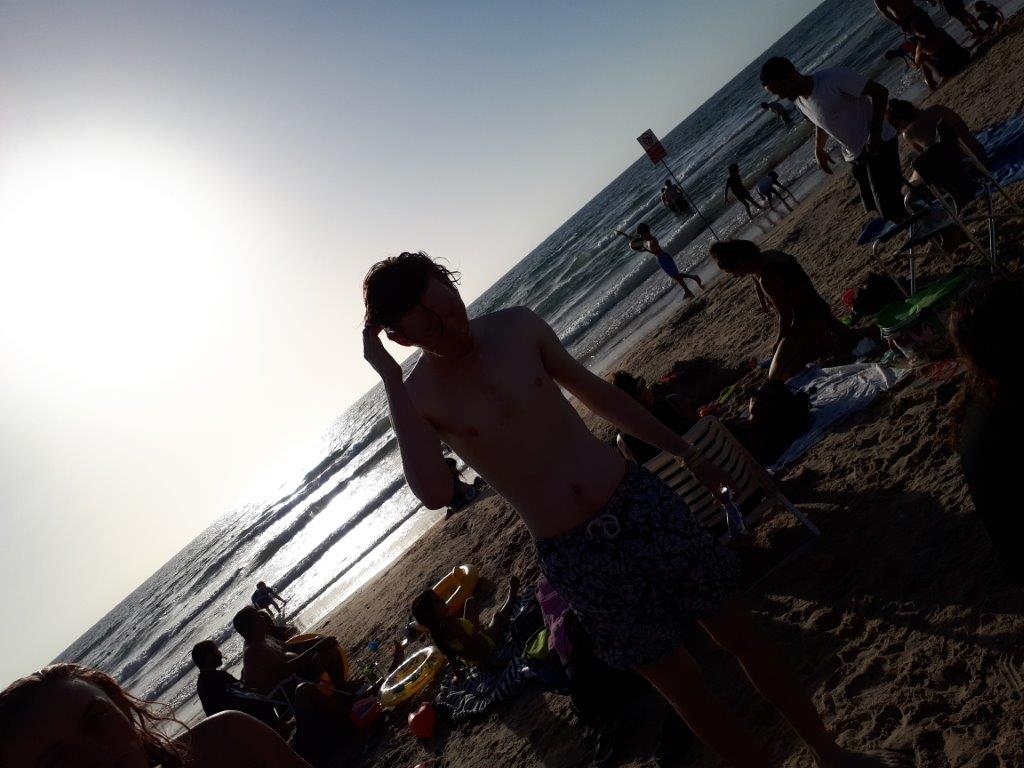 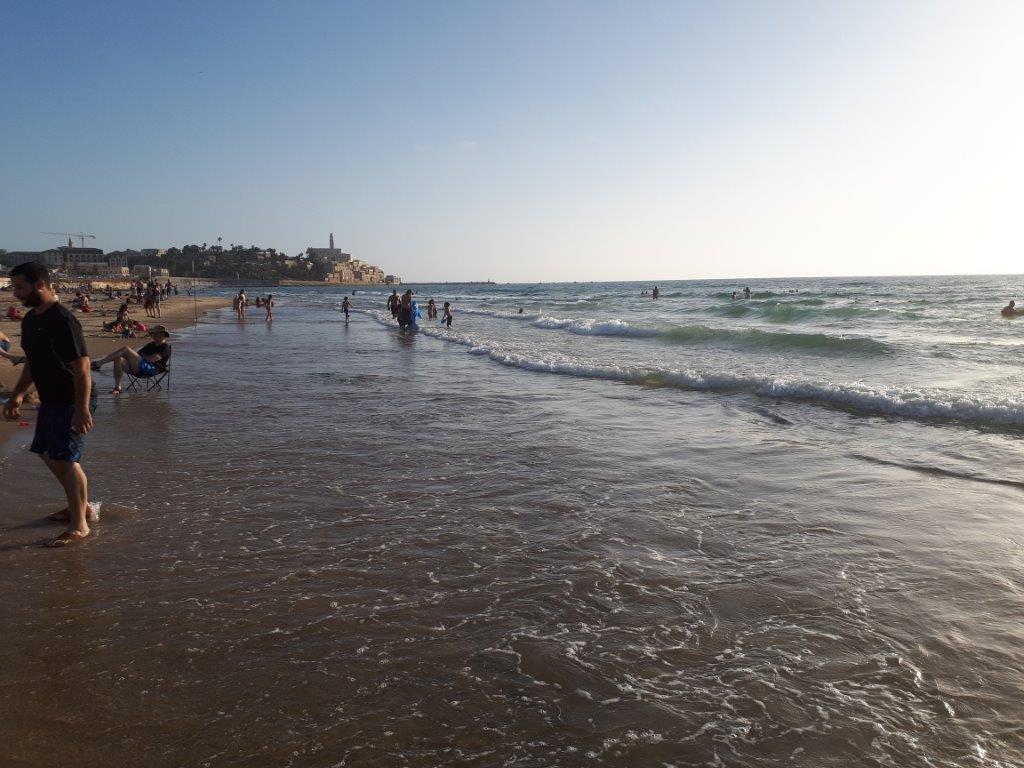 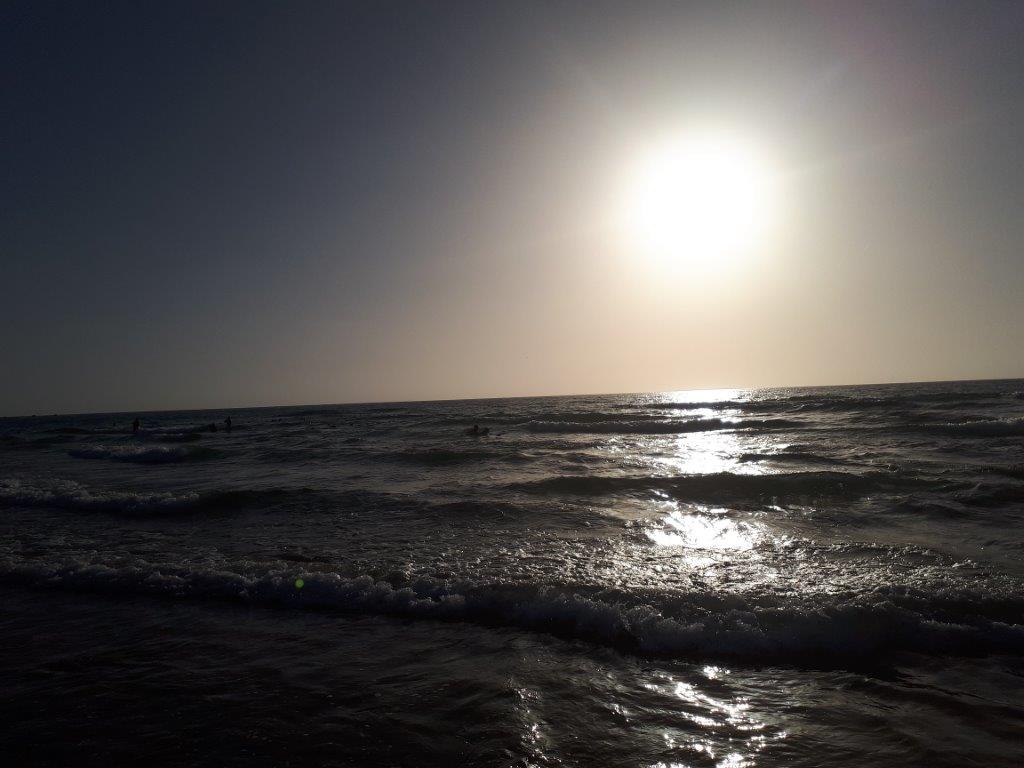 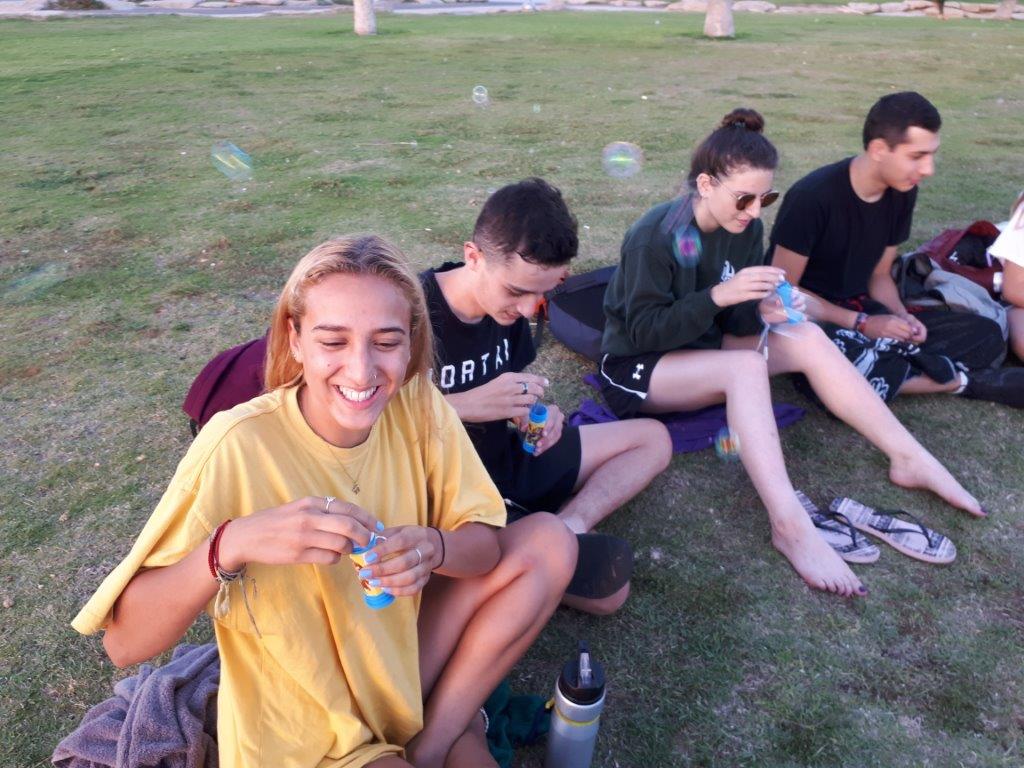 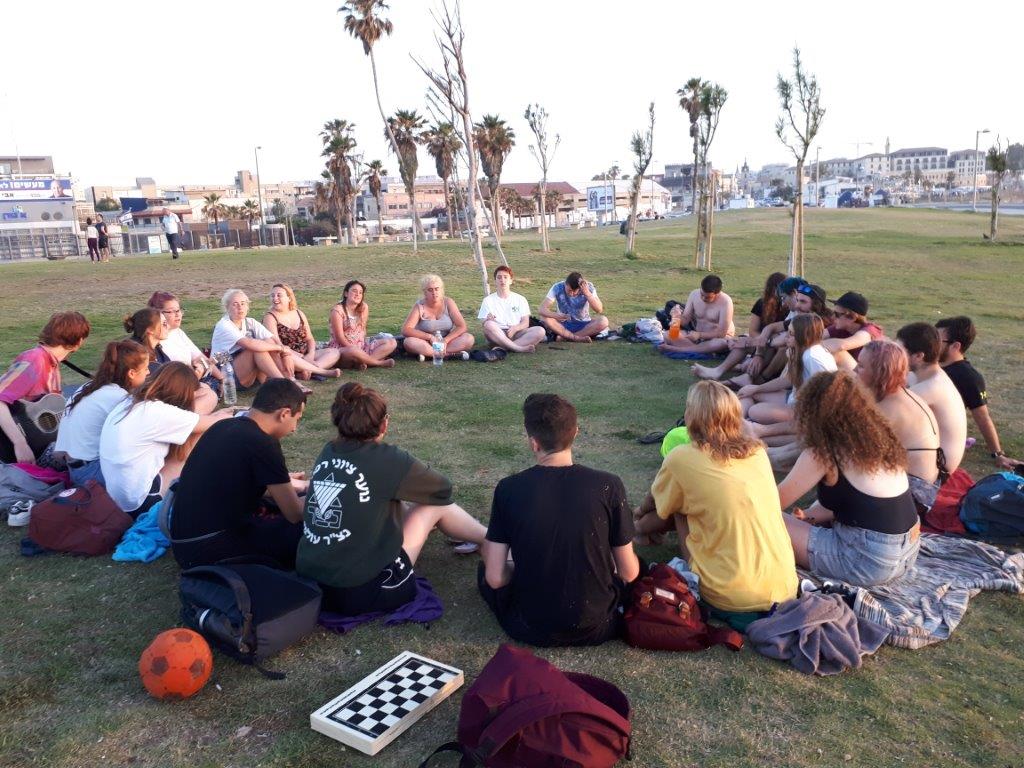 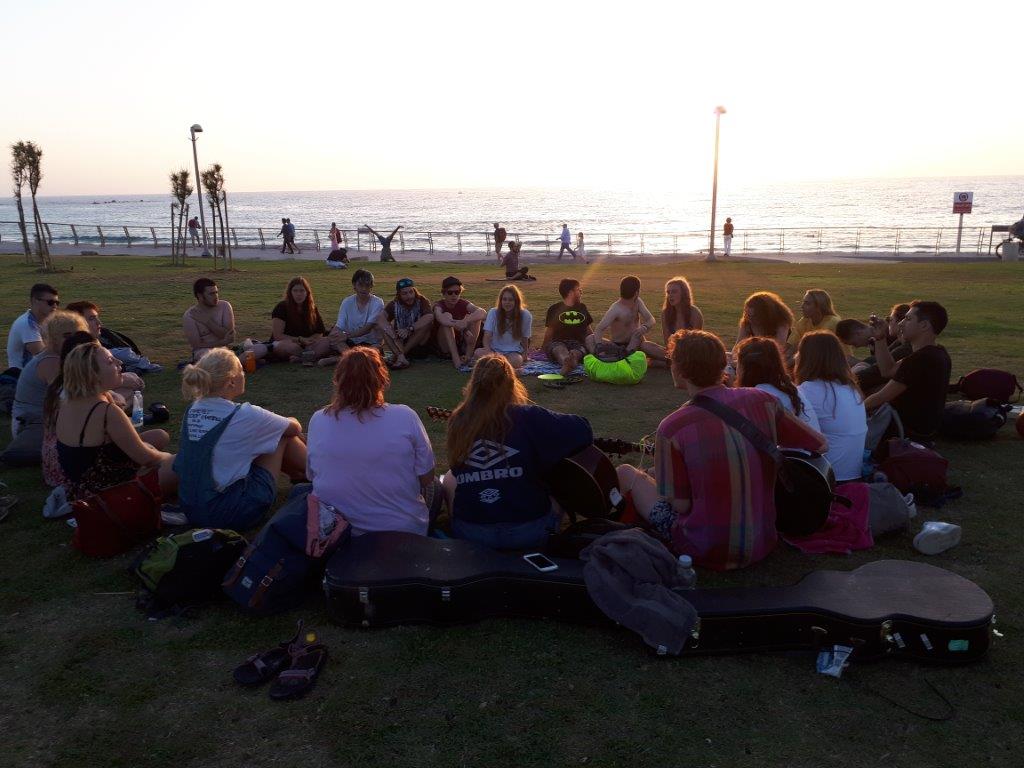 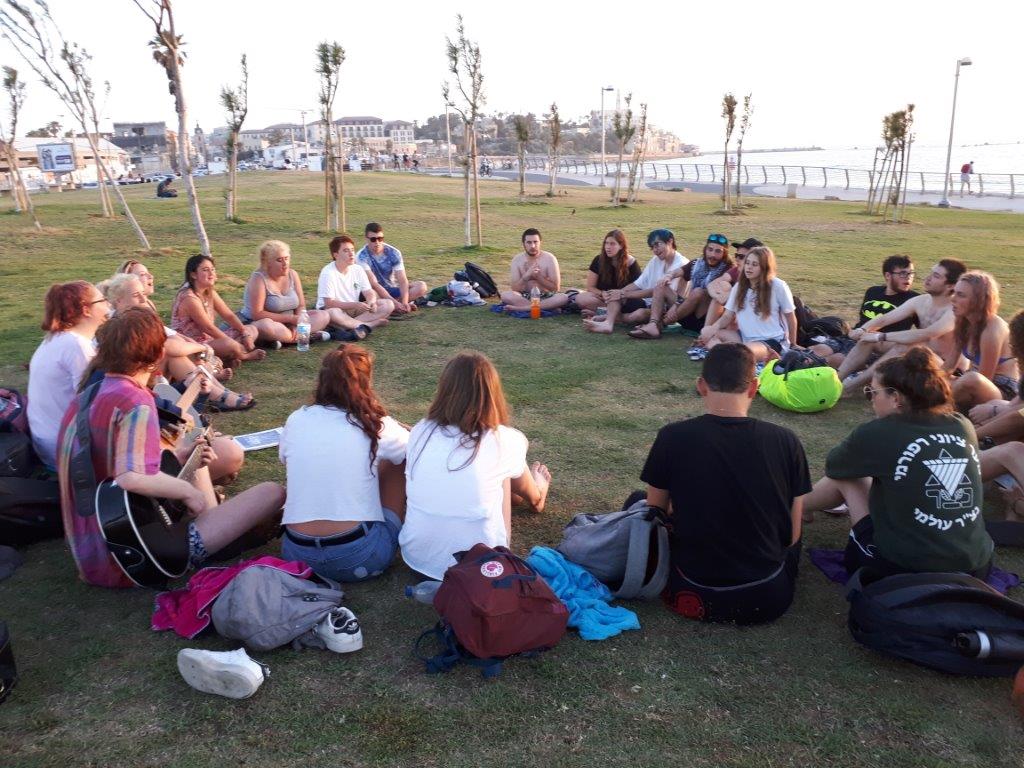 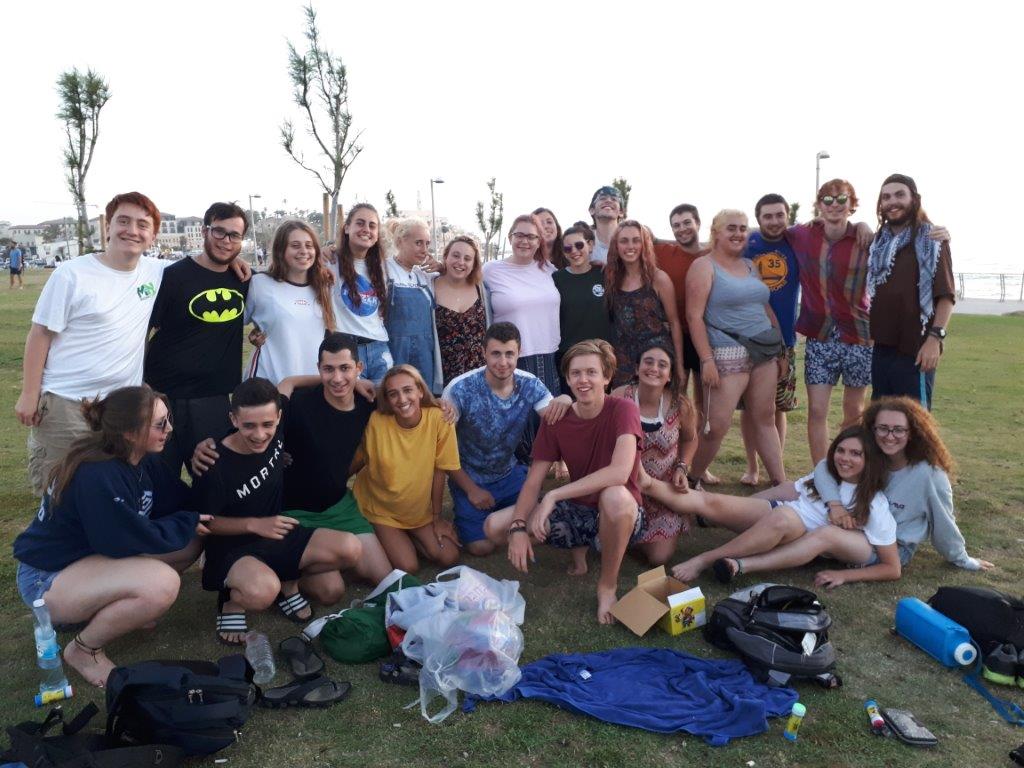 Tuesday saw machon visiting the city of Lod, a mixed Jewish-Arab city. We started out in the community center, where we were told about the nature of the city. Following this, we went and visited an Arab school aligned with Hanoar Haoved Vehalomed, a large and diverse Israeli movement. At this school, we sat down in a classroom with some of the students and discussed social and personal identity with the aim of learning more about one another. We then returned to the community center for lunch before setting out on a short tour of Lod. We visited an old, abandoned olive oil factory that had been filled in with soil, as well as a visit to the St George Church before setting out back to Jerusalem.

Today (Wednesday), we spent our Movement Day time with an ex-Netzernik from RSY, Debora Blauatein, who is studying to become a Rabbi. We also had the company of Daniel Lichman, another student Rabbi who is weeks away from officially becoming a Rabbi, and will be the Student Chaplan in the UK for our UK Shnattim when they go to university after their Shnat finishes. We studied sections from the Talmud regarding Tikkun Olam (repairing the world) and Derechei Shalom (The way to peace), to discover that Tikkun Olam isn't as simple and straightforward as we thought, and there is more to it than just conducting social action to improve our society. After a couple hours in the classroom, we set out to the First Station - after a stop-over for lunch on the way – to further our learning about Tikkun Olam.

As this sums up our week thus far, I will bid you all adieu.

This week a few of us had the privilege of sitting in on the WUPJ's Legal Seminar Keynote lecture with retired Supreme Court Justice, Dalia Dorner.

It was an incredible opportunity to get a glimpse in to the Israeli judicial system. It was also a hilarious juxtaposition as a group of (semi scrubbed up) shnatties walked in to a room of well dressed, educated, adult legal professionals. However, they were incredibly kind and let us join their seminar. While we aren't necessarily thinking about pursuing law, the talk proved there's more to Supreme Court rulings than just the haaretz headlines that appear on our phones.

Dorner spoke primarily about the Declaration of Independence. She spoke of principles such as "Israel will be based on freedom, justice and peace" and how they correlate to the reality today.

She also spoke about the role of international law. When asked about the occupation she said as a retired justice she does not talk about politics. However, she explained that International Occupation Law dictates that you can't confiscate private land. It can only be taken for military use.

Dorner expressed concern about democracy. While the crowd were wholly diaspora Jews, the majority were American. She explained that things just aren't the same here. They don't have a constitution. Their "beautiful laws" aren't protected or entrenched and there's a lack of accountability/ checks and balances. "In 1948 we planned to create a constitution". But it never quite happened. Now the people don't want one because people worry it would curtail their rights.

Another big difference between Israel's legal system and those diaspora Jews are used to, is the distrust of the media. While everyone is sceptical, a mere 24% of Israelis trust the media (according to the Israeli Democratic Society). She believes this is, along with attempts to control the 'gatekeepers', why Bibi's criticism of the media is so widely accepted.

Her speech was fascinating. A lot of us monitor Supreme Court rulings closely but didn't understand the intricacies of the system. It is strange to experience such 'new' political systems and watch how they evolve.

As a group that frequently take to the streets protesting issues affecting Reform Jews, women, workers, Palestinians and other minority groups one message really stayed with me. Activists who lobby the court too frequently actually weaken it. While this may be the aim for anarchists, for those that want to see real legal change taking to the streets/ helping on a personal level may be the way forward.

Whatever your means, we must take the teachings of the Torah, such as "צדק צדק תרדוף" (justice, justice you shall pursue) and apply it to תיקון עולם (repairing the world).

Sharing What Makes Us Proud:

We just concluded our Reform Israel Appeal camping in coordination with the Union for Reform Judaism and ARZA, the Zionist wing of the Reform movement in North America. During this campaign, we showcased the aspects that make us proud and those which we are working to improve. Have a look at our Facebook page and below for a closer look. It is always gratifying to be able to share our achievements with our friends and partners! Coming up next week is the Annual "Connections" conference of the World Union for Progressive Judaism (WUPJ). We are pleased that the conference will be held in Jerusalem this year, giving myself as well as IMPJ staff, congregants and rabbis the chance to meet the face of Progressive and Reform Judaism from around the world. It also affords us the opportunity to share with them our experience. In the Psachim Tractate in the Talmud we read: “Rabbi Yohanen said: the ingathering of the Jewish People is as great as the day when heaven and earth were created. For it is said ‘And the children of Judah and the children of Israel shall be gathered together, and they shall appoint themselves one head, and shall go up out of the land; for great shall be the day of Jezreel’” (Hosea 2; 2). May next week's gathering, and all gatherings of Reform and progressive Jews be meaningful and fruitful and add to our joint Jewish journey. On behalf of the entire IMPJ, I want to wish you and your family a Shabbat Shalom!

A promo for the Havdallah Netzer will run tomorrow night!