We are in the midst of the Veida Olamit of Netzer- we currently host in Beit- Shmuel not only 29 delegates from 14 countries, but also have our shnattim here to celebrate with us. You can understand the office is quite busy and happy with so many familiar and new faces around!

Last night we had the opening ceremony of the Veida, which was dedicated to Maoz Haviv, the Head of Netzer Olami. Maoz was chosen to lead Netzer Olami 20 years ago, when there were only 4 Netzer snifim around the world. Later this year Maoz will retire, knowing that now there are 14 vibrant and brilliant snifim, spreading the word of Progressive Judaism in 6 continents! Therefore we decided to dedicate the opening ceremony of his last Veida to Maoz. We lit the Netzer Menorah together, sang "שהחיינו" (Shehecheyanu), had a short trivia game about Maoz, and wrapped up with a standup show by the hilarious Benji Lovitt! The veida will finish on Monday, and until than we have a lot of things to discuss and learn about. 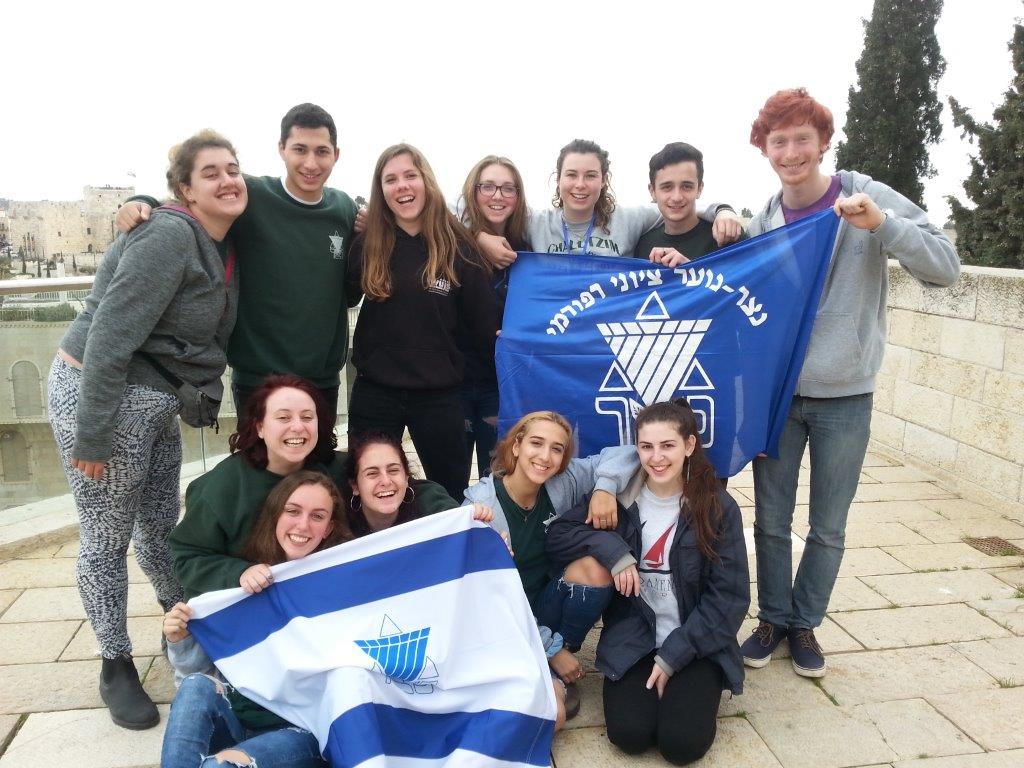 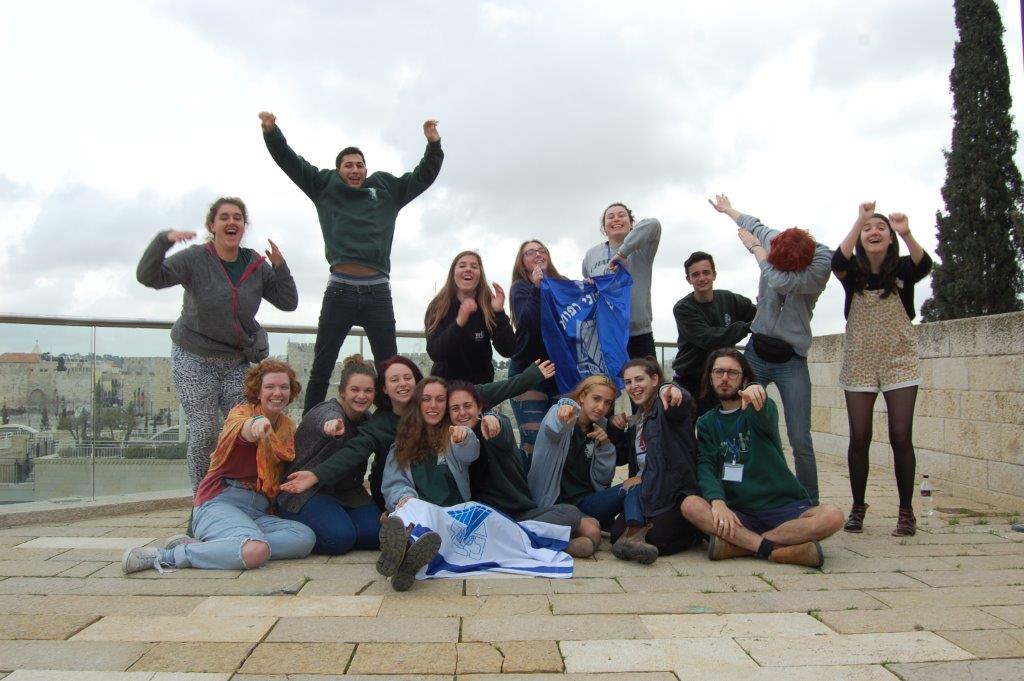 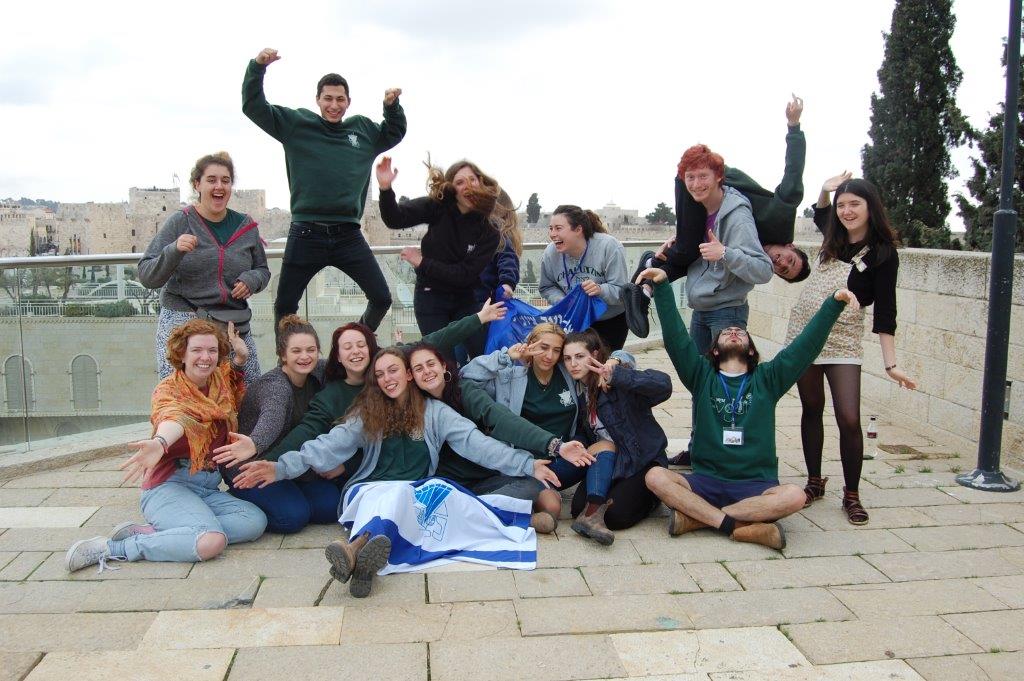 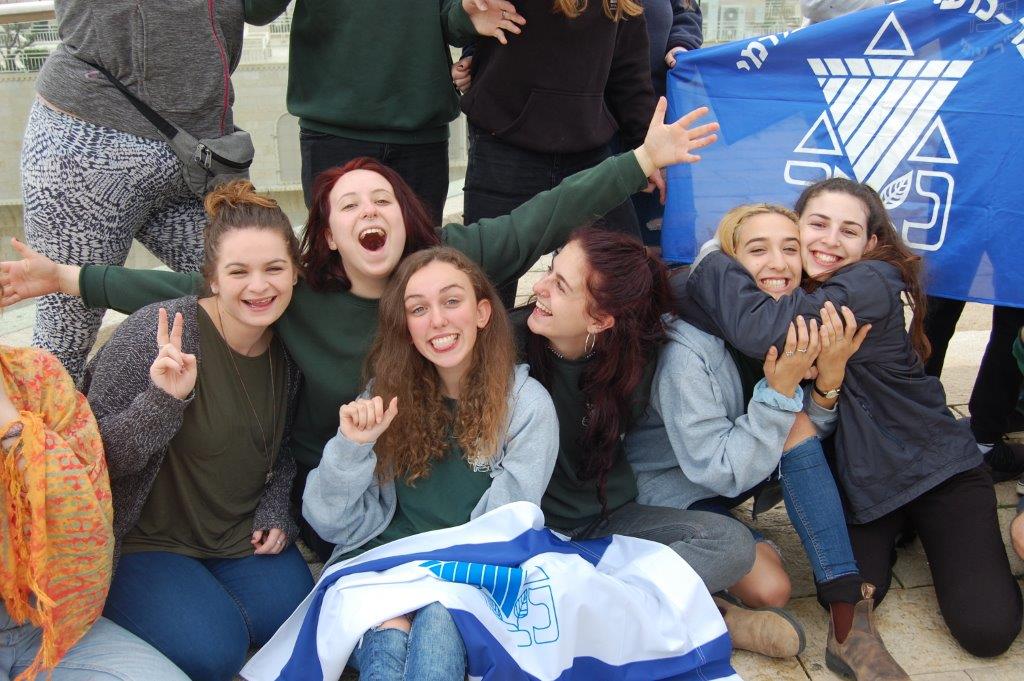 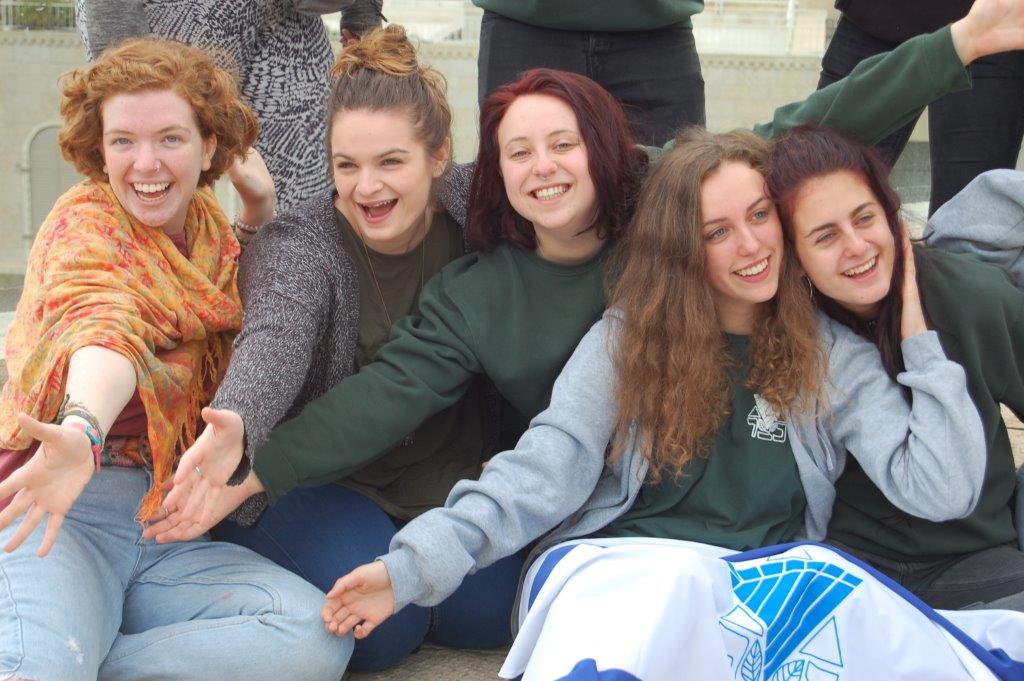 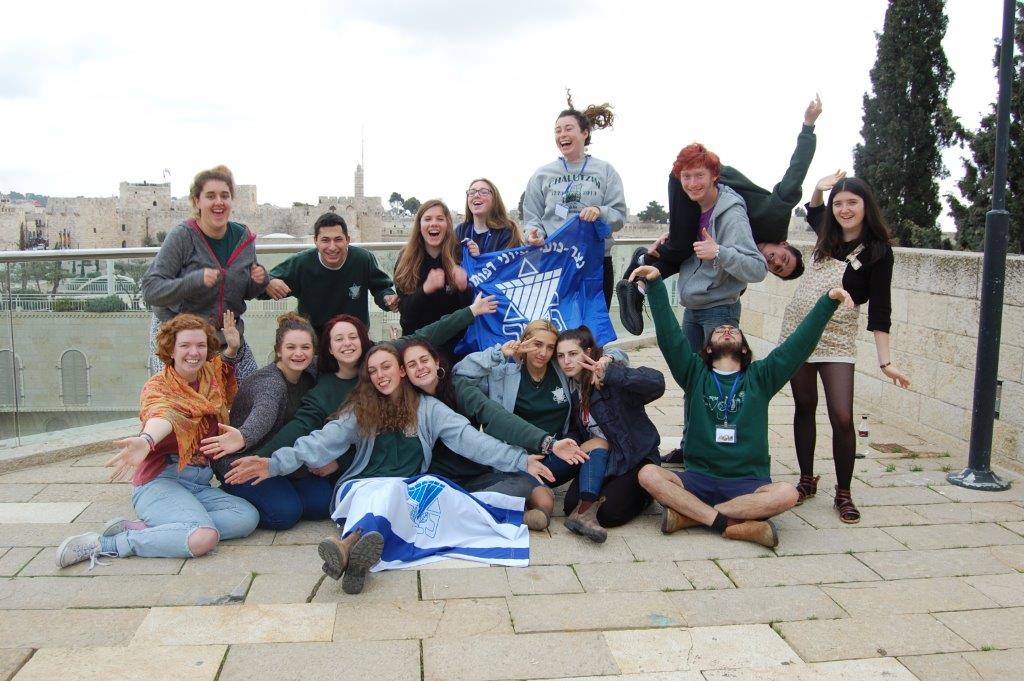 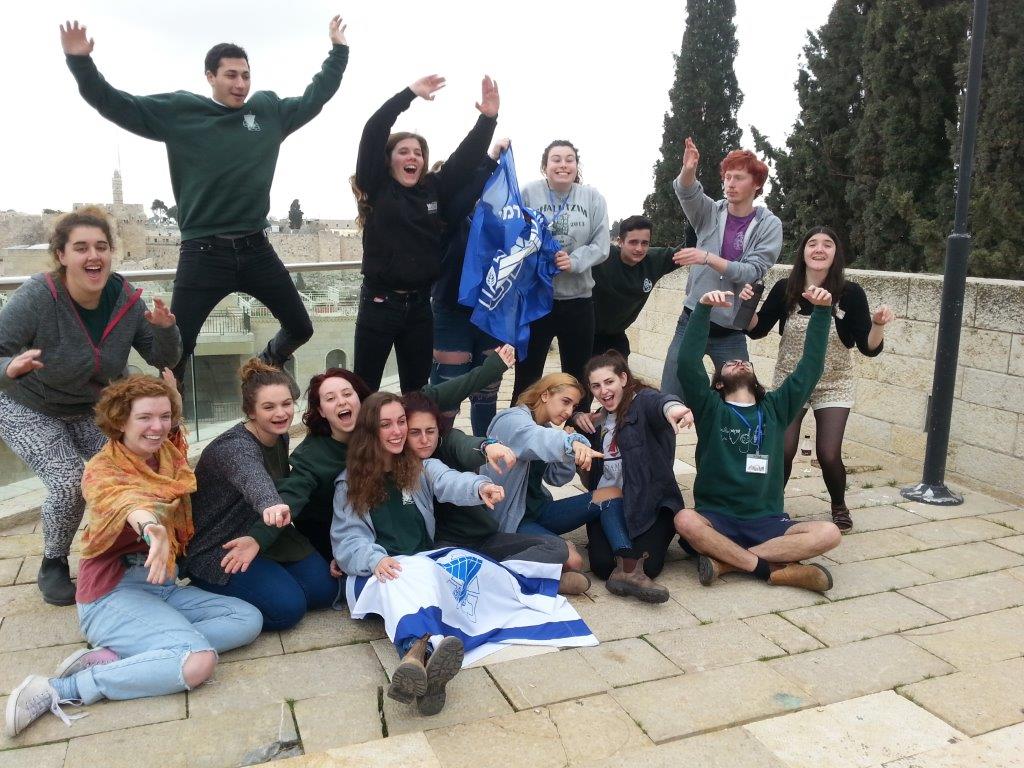 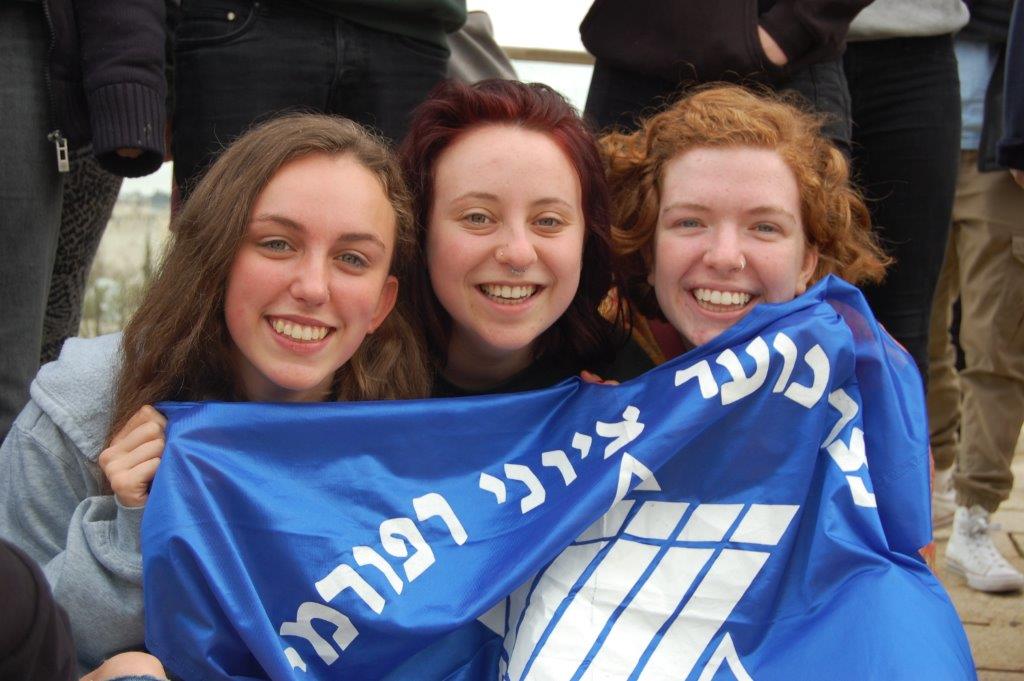 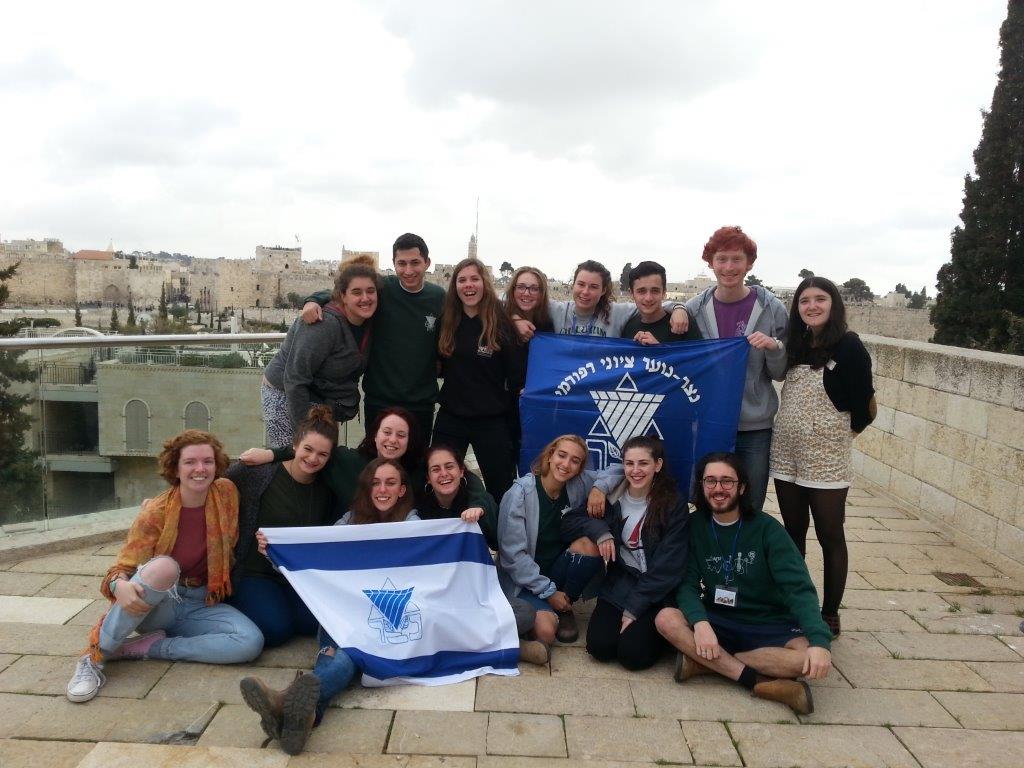 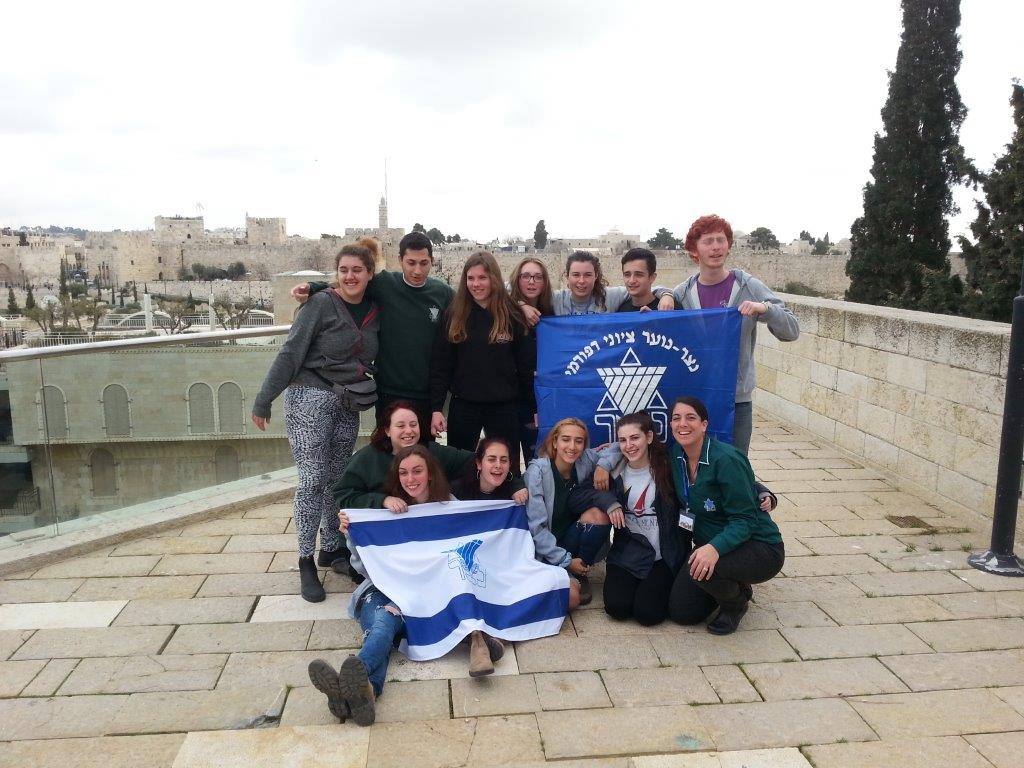 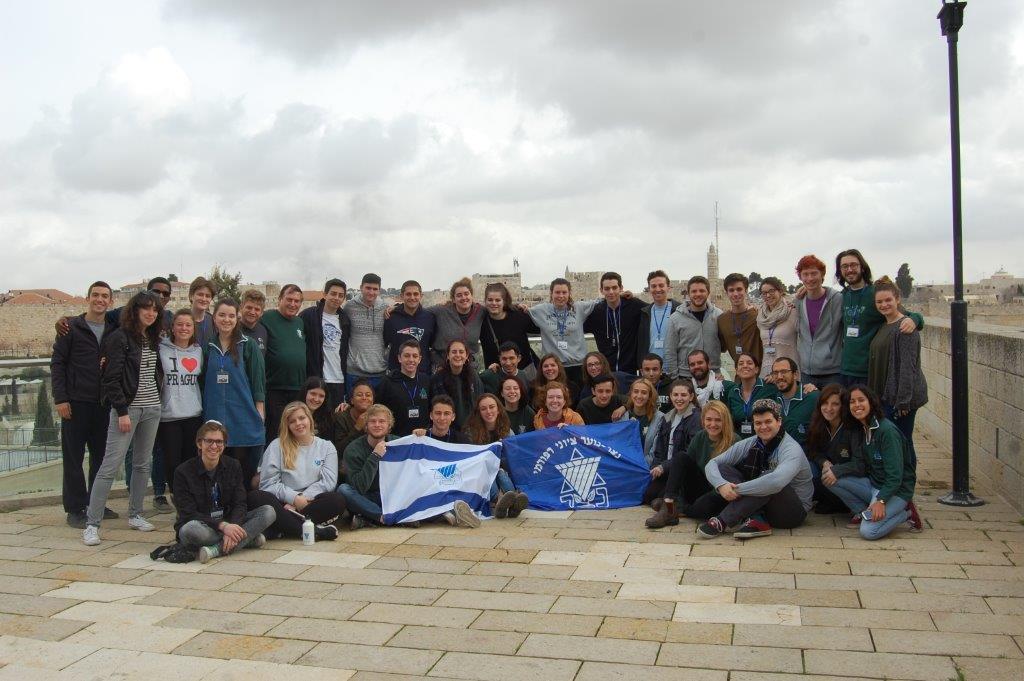 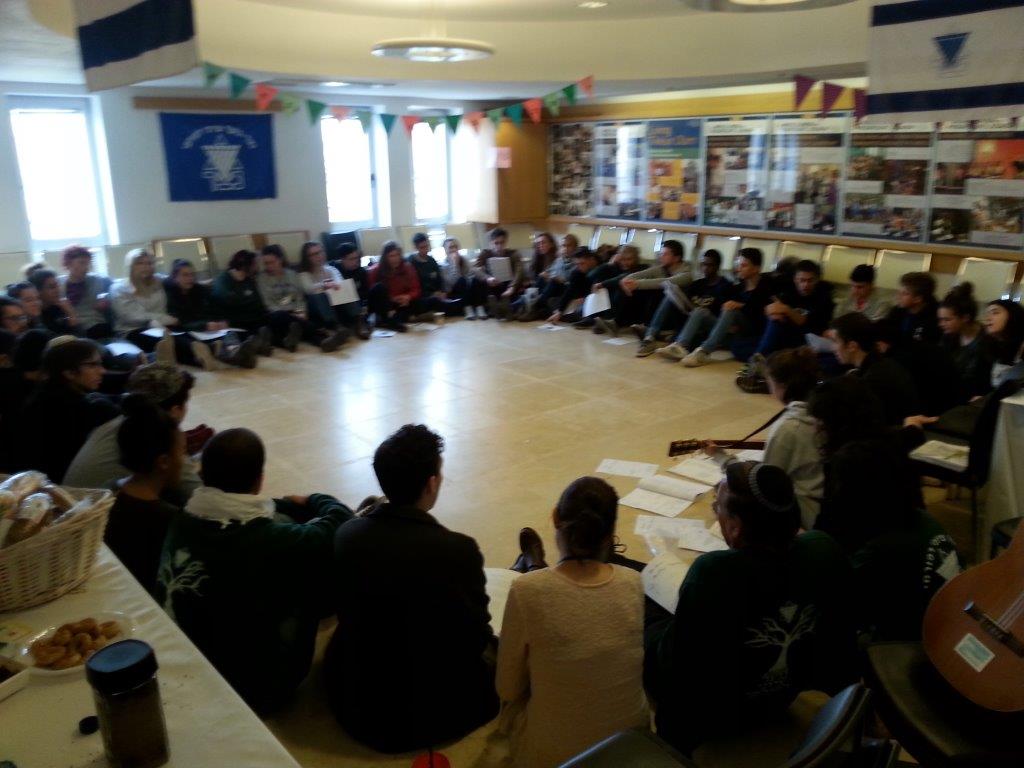 To see (many) more photos- like our Netzer FB page!!

Next week will be the last full week in Ma'alot, and the shnattim will go to their volunteering placements for the last time. We are about to go into transition quite soon! Many this last week in Ma'alot be a good one, with a proper closure.

The top 8 things that have happened with Shnat Nof this week:

We have almost completed our penultimate week here in the North, and this week has been as busy as ever. Jam-packed full of volunteering, kef and extra special guests!

On Thursday evening, we had a session with the youth involved in magic moments. They are part of the initiative organized by the UJIA, which allows Israeli youth to travel to the UK and spend just over a week living there, integrating into the local Jewish community and taking part in a Jewish school based in London. We discussed in small groups the prospect of going to the UK and how the lifestyle, people and Jewish practices differed from here in Israel.

Later that night we took a mini bus down to Rishron Tzion, near Tel Aviv to enjoy a night of kef. We were partying into the early hours surrounded by Israeli youth at a Hatikvah 6 gig. Despite only knowing one of their songs, we danced the night away with our glow rings. We are grateful to the tzevet for organizing and facilitating this evening of kef.

After a relaxing weekend where everyone took the opportunity to have their own adventures, we came back together for volunteering in the Jewish sector on Sunday morning. "We can tell how worthwhile it is volunteering here, and its obvious we have built up a great relationship with both the children and staff" – Ellie. After a successful morning, we came home to two new faces! Hannah and Helen from LJY who had arrived for Netzer Veidah. For the LJY-Niks it was wonderful to see them again, and for the rest of us it was lovely to meet them!

The following morning we were up early for volunteering in the Arab section as usual. The people at the secondary school were finishing the project they have been working to contribute to the school. At the primary school, we went to our respective classrooms to assist the teachers teaching English. Max and Jayme, who help in grade 2, ended up teaching an entire period. "Spontaneously teaching a class of 15 children who speak very little english about body parts was a great way to improve our Hadracha. Who knew the hokie-pokie could be that useful!" – Max.

Later that day Naomi, one of the MoWos from RSY arrived. It was so lovely to see her and we were all more than grateful for the five large bars of Cadbury's chocolate she bought for us. It's safe to say she was thrown straight into witnessing firsthand what we do. The people who volunteer at Youth-at-Risk on a Monday afternoon took her to this week's session. It was really great to have her with us, not only because she is fluent in Hebrew (a pleasant and welcome surprise) but also because we could show her how beneficial and enjoyable this volunteering placement is to both us and the children.

On Tuesday, one of the talks we had was from the Executive Director of the NGO, Stand with Us. It was an interesting and, at points, engaging discussion, which many of us took as an opportunity to really dig deep into understanding the actions and true stance of the organization. Although people didn’t agree entirely with the points put forward, it was still a beneficial and worthwhile discussion.

After a fun evening Ma'amad, run by Jess and Tom, we packed that night for all of us to travel to Jerusalem for this year's Netzer Veidah.

On the way to Jerusalem, we stopped off at the Western Galilee Hospital. Whilst there we had several amazing talks and a tour of the place which engaged and inspired many of us. "I found it intriguing to learn how the team of only four professional neuro surgeons could perform such innovative and lifesaving surgeries to casualties with bullets to the head from both near and far, including Syrian refugees and soldiers". During the tour we learnt about how the hospital had developed certain coping mechanisms for its situation and location. "The tour showed how forward thinking the hospital are, because of setting up underground wards for emergencies and adapting the building to be safer" – Ilana.

We ended the day back in Jerusalem for Netzer Veidah launch. All of us are excited for the rest of our time here, and to go into the upcoming week as our final one in the North.

With a spotlight on the Western Wall, is this Israel’s Reform moment?

In an increasingly exclusionary religious Israel, Modern Orthodox Israelis are joining forces with a flourishing Liberal Jewry. Approaching a year to the announcement of a pluralistic prayer pavilion, will this partnership see it built?

At the September 30, 2016, burial of president Shimon Peres, his daughter Prof. Tzvia Walden led her brothers in reciting the Kaddish at his graveside. When she came to the mourner prayer’s last line, “May the One who makes peace in the heavens bring peace to us and to the Jewish People,” Walden added the words: “And upon all humankind.” This “expanded Kaddish” led by a woman surprised many Israelis familiar with the traditional prayer, secular and religious alike. Leaders in the Israeli Reform Movement, Walden and husband Dr. Rafi Walden pray this version of the Kaddish weekly in Tel Aviv’s Beit Daniel congregation. There, as in the approximately 55 Reform communities across Israel, prayer is egalitarian. Some traditional liturgy is altered to be applicable to all peoples, not just the Jewish people.

“Too many secular Israelis don’t realize that our Jewish tradition can and must change. And too many traditionally observant Jews insist that the tradition must never change,” said Rabbi Rick Jacobs, the president of the Union for Reform Judaism (URJ), an umbrella organization for the approximately 900 congregations of Reform Jews in North America. Israelis likewise hold misconceptions regarding the Reform movement, said Jacobs.

Too many wrongly presume that we are a small, dwindling Diaspora community. Most are unaware of our size and vitality. Few are aware that the Reform Movement in North America is larger than the Orthodox, Conservative and Reconstructionist movements combined,” said Jacobs.

Jacobs spoke quite differently almost a year ago, when in late January 2016, the Israeli cabinet passed a government decision green-lighting the building of a pluralistic prayer platform at the Western Wall. At the time of that compromise deal, a thrilled Jacobs told The Times of Israel, “Today it is echoing in our communities… in Kansas and in Oregon, that the State of Israel knows they are there.”

It’s been an emotionally turbulent year for Liberal Jewry, from near messianic elation at the plan’s announcement to deep despair at subsequent delay-inducing political squabbling. This week there is cautious optimism over a High Court ruling on January 11, indicating that barring the state showing “good cause” at a final follow-up hearing, women may now read from the Torah at the Western Wall. Who knows what next week will bring?

In the fallout of the failed compromise, the halls of the Knesset have resounded with elected officials’ denigration of Liberal Jewry — Jews who align with a denomination outside of Orthodoxy. Reform Judaism was labeled “a fake religion” by Jewish Home MK Bezalel Smotrich, and its adherents are “a group of clowns stabbing the holy Torah,” according to MK Moshe Gafni of the United Torah Judaism party. The current Religious Affairs Minister David Azoulay said he does not consider Reform Jews to be Jewish, and urged them to turn to Orthodox Judaism.

Through the lens of the planned Western Wall prayer pavilion, the relationship between Israel and Liberal Jewry appears in crisis. There is rampant tension and lack of faith between the two sides’ leaderships, with cadres of community emissaries regularly making their displeasure known at special Knesset committee and lobby meetings.

What is perhaps ironic is that in Israel itself, the Reform movement is “gaining respect and impact,” said Jacobs.“I’m convinced that one of the main reasons the ultra-Orthodox parties have been so vehement in their condemnations of Reform Judaism especially during this past year following the Israeli cabinet’s 15-5 passage of the Kotel agreement, is due to their fear of the growing strength of our movement,” said Jacobs.

“Demographic surveys find a growing majority of Israelis are alienated from the coercive power of the ultra-Orthodox establishment in Israel,” said Jacobs. “Today ‘reformim‘ signifies a growing, innovative, open, inclusive and egalitarian expression of Judaism.

”While ultra-Orthodox MKs grab headlines slurring Reform Jewry, a series of conversations with Israeli and Diaspora thought leaders depicts a growing acceptance and awareness of Liberal Judaism throughout mainstream Israeli society. Indeed, once used to condemn Liberal Jewry, the term reformim is increasingly employed as a divisive tool within a splintering Orthodox community. In many ways, Modern Orthodox and Liberal Jewish Israelis are more and more finding themselves on the same team.

Is Reform finally having its Israel moment?

Netzer Olami's Veida 2017- representatives of all the Netzer snifim (branches)- 14 countries, 6 continents- ONE MOVEMENT, one song!

In the Parashat Hashavu'a corner, we will direct you to the World Union for Progressive Judaism's column "Torah from around the world", where each week another Progressive Rabbi writes about the weekly portion. For this week's portion click HERE!